One hundred years ago this week, mental telepathist Mercedes and other vaudeville acts appeared at the Empress Theater, 12 East Superior Street. Mercedes returned to play Duluth’s Orpheum Theater in 1914. 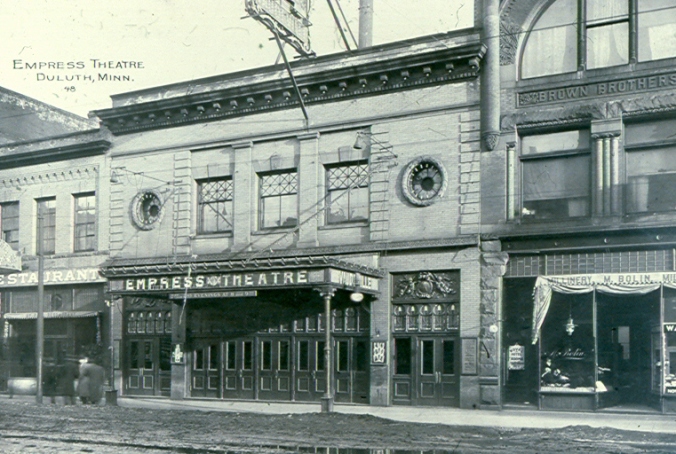 The Auditorium at Third Avenue East and First Street in Duluth opened on March 19, 1911.

Two mine accidents occurred on the Iron Range on March 11, 1911.The Norman Mine, an open-pit mine near Virginia, collapsed about 6 p.m. while 30 men were working 125 feet underground. Approximately 500,000 tons of debris—iron ore, rock, earth, and ice—buried 26 of the miners. Four men survived, three with serious injuries. The Duluth News Tribune of March 12, 1911, described the site on the night of the accident:

The place that was an “open pit” 125 feet deep this afternoon is tonight an immense covered tomb of rock, iron ore and earth, with here and there parts of a body in sight or a head sticking out of the mass. Arms and legs can be made out at varying angles as the great lantern of the steam shovel is swung over a scene appearing as if it were a battlefield heaved from the infernal regions.

On the same day, a cave-in at the Elba Mine near Gilbert trapped three miners in a shaft 150 feet underground. A three-inch pipe was used to provide air to the men. Two of the men, William Stone and Joe Babich, died in the cave-in, but Joseph Benny, referred to as Capt. Benny, was rescued after eight hours.

One Hundred Years Ago Today